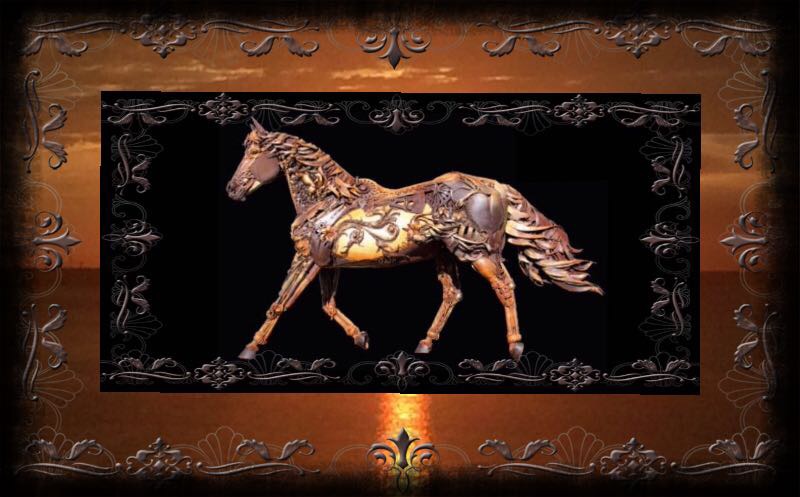 Telling me he knows his power

His days are long

His days are old

In the heat, in cold, even in thunder shower

Just trying to make a buck….

The numbers are called

Giving rise to a nightly star

A life is complete

As a shout of BINGO

Is heard around the room

So much you have seen

So much you know

Such wit, so clever, so keen

Such a noble lad

To save us all

Came back a dad

The children do not know

The pain your heart has felt

The misery your eyes have seen

Into eyes of blue

The love you showed

Is what I know

The devil in your chin

The shows on TV

Sleeping in your den

On the couch beneath

A picture on the wall

Of a ship at stormy sea

Yes, seas in life are stormy

And do enough to stay afloat

Tears to drown the sorrow

Of what is and what is not

To accept the things I cannot change

Sometimes it pulls me up

Even though it’s sometimes hard

Hard it is to let go

I don’t want to and I won’t

My memories are alive

I wish I knew you better,

and what you did

I know there’s a pain there,

but I’m sure there is good too

I wish you could tell me stories

I wish I could sit on your lap

and hear your tales

as you drove me to school…

I use to love

to clean your desk

Boy, I sure hope I wasn’t a pest

I now realize you were

having to watch me.

Well you did watch over me,

and I am proud

next to your old shop?

balancing on top of them

You let me do it

and it made me feel brave

Stepping on the black

Break your mother’s back…

Buying a pack of Salem

A pack of Pall Mall

And one Popsicle please

I’ll remember playing on your boat

Couldn’t wait to get it in the water

How I did not walk home

from the bus stop

and I walked to the marina

To show a friend

And how I dropped my books

And how I had to explain

The moral will be

I will tell them

Taught me to drive…

I will tell them that my Poppie

Would get me anything

would not let him

But that he did get me a pony

my grandmother had a cow

Boy, I had fun on Candy

I had a life

did I blow that

And that’s what counts

We all know that

But trust is precious

And you gave me that

I never really got to talk

To grandma much before

And I’ve felt terrible about it

Cause things happened so fast

I never got the chance

To tell her I loved her

And thanks and because of her

I’ll always strive to be a lady

So I guess this is why

I write to you

I fear losing you

And I don’t want you to go

it won’t be too soon

But I want you to know

That I love you so much

And I Thank You for everything

You are my Poppie

Than any Dad could be!!!

You’ll always be my Iron Horse

You know you use to tell me that

As I’d find your beer

In the washing machine

And pour it out

You should not drink so much

Nothing’s going to get to me

Well I will never forget those days

Because you always treated me kind

You didn’t have to tell me you loved me

I just knew you did

Because you were always there for me

I wish I could be there for you

And if you need me

I know my Iron Horse

And does not want me there

I know these words will have to do

I hope you will read these words

For many years to come

Because you deserve to know

How special you are

To get the best of me

Before I had the chance

To tell you, I love you

Random Notes and Thoughts today upon typing this up from the faded fax paper this was originally printed on (1/7/2018): My grandfather had to have a section of his colon removed due to having colon cancer some-time around 1992-1994. He was fortunate they were able to remove it without him having to have a colostomy bag. He went on to live until December 6, 2006. I was there at his side when he died. He had remarried a Jewish woman, and in some respects to appease her took on that faith, more so in name only. When I saw him fading, I asked her if a priest or something could come to the house to read him his last rights. She looked down on me as she said, we do not have priests, we have Rabbis’ and I said, well do they do anything to read someone their last rights? Needless to say she went to search the matter and called the Rabbi, who came within minutes of my grandfather passing. My mom and I were singing songs, as he passed, with his hand in mine. A tear of blood came from his eye shortly thereafter.

I gently closed his lids, and his wife looked at me and said you don’t need to do that. Yet when the rabbi came, he read a modified version of his last rights and shared a prayer, and looked at my grandfather’s wife, and said, I see his eyes have been closed, for that is the last respect to give.

Before my grandfather slipped away, I spoke to him and told him to hold on tight until he made it through his passing, to not listen to voices or images meant to distract him, but to keep focused on his journey home to God.  That afternoon he had been calling out to his mother, as if he may have seen her there amidst the ether of the room or in his visions playing out before him, perchance welcoming him to reunite with loved ones.

I grew up next door to him for the first nine years of my life. My mother having been married so many times, I idealized the fact my grandparents had one marriage for life until my grandmother died, and even though my grandfather was an alcoholic, he always was like a father to me. He quit drinking at the age of 55 as well as quitting cigarettes. He lived to be 86. He was on five different carriers during World War II, where he learned to make alcohol out of torpedo fuel. He retired as a Chief in the Navy and went on to have a Radiator Business until a few years before his passing.

He left home at the age of 15 to join the Navy. He had hard times, as his father left the family during the Depression, and was rumored to have become a hobo traveling on the trains, and it is thought one day he was killed by getting ran over by a train. When he first went to AA meetings he wanted me as a teen to join him, and I did to support him. He used to say just learn to put the plug in the jug, and was a founding member of a group that still meets at the church he was in a group to first establish there. I learned to hear the accounts of human travails at the age of 13 from alcohol abuse. It gave me empathy for these individuals, for I knew firsthand of the toils of these matters from being a witness of his life during my youth.

My mother and I know he may not have been her biological father, yet may all be well with his soul, for a true father figure he was to me. My mom would say, he would drink when she was young and claim she was his bastard child, and that was hard on her. I had pictures of my grandmother, my mother borrowed and has not returned and claims she does not know where they are, but in them my grandmother was pictured all over Europe. She had pictures in stately hotel rooms, as well as in front of the Leaning Tower of Pisa, and also pictures of the Pope in Rome overlooking the crowds, where she took the pictures from. I started wondering who took these pictures of my grandmother, especially one where she was on a chaise along a beach, looking rather charming. Who perchance was she looking at?

A silver thread: (The toils of the needs of children to have the love, shade, and blessings of a father embodied in this…perchance for me at the crux of my journey seeking the blessings of the divine Father welling within me over time, for even when I was told I was nothing and would never be, I knew inside me, God knew I was someone, and for that I learned to survive the trials of life, believing always near me under his protection I would be…)