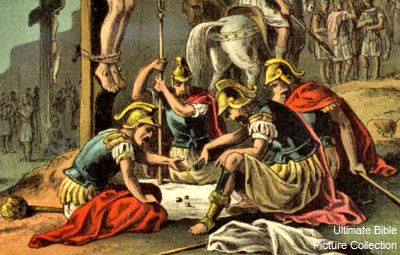 do they play again

thrown to the ground

Looking back I now know why

he did not initially choose me

and then came back to me

For she did not believe in God

And as a New Year did begin

I had to leave and take a vow of chastity

Before the bot flies

swarmed down on me

to eat me from the inside

to give birth to their larval spawn

The Cheshire Cat and horror stories

on tapes and the awards he won

there I could not be

near the horrors of mind

yet the tale it unfolded

When the little lizard died that day

I had to flee when I saw that print

land me on the page of destiny

to see God in the Nature of everything

is the way its meant to be

the answers came to me

Looking back to see

that mouth and its vulgarity

to realize to walk the path of love

I had to spread my legs to everyone (*)

Then I knew I had to go

even though I sat at the well

of melancholy for a time or two

and from its depths I did swim

the tears of wishes my heart drank

as the Gospel of Thomas

it became my exegesis of the soul

no longer to be played the harlot

to close myself off from

that bring the lots cast

for at the foot of the cross

I returned to sleep…

Chances thrown to the wind

are there second chances

I used to say I would never enter those dances

yet I did once before that time

and now I see it should not have been

for in the process I took on more sin

however the lesson learned

when a man thinks he wants me

he needs to be of spiritual mind

for the seduction of the spirits

yet once he garners my interest

a new spirit lands near

to entice him into their fire

and off they go into the flame

yet dizzy they come back

it is as though the forces out there

cast lots to the wind

they want to see how sure you are

with the choices you have made

they tempt you into their fold for a time or two

and then let you go once you lost me

and then you wonder

how did that happen

naked and bare no fig leaf there

he is not the man for me

he consorts with phantoms

and his imagination takes him to flight

to flee from my graces

yet back they turn

when too late it is

for they should have seen

the signs of the heart

too often looking for signs

in the trophies they covet

never seeing the heart within the soul

is never enclosed in gold

for it is the treasure hidden within

for only the eyes of the one to see…

all others see it when it is too late….

from the pure of heart

do not cast your lots before me

for pieces of my soul

are not yours to take

yet my heart I give freely

to the one of divine mind

See it is about walking the path of love yet also seeking to be loved, and this is about a man who dated me briefly who outright told me he thought he may want to date another several weeks after we had been dating. I gave him my blessing to go and do as he pleased, for I choose to be possessed of no one in the affairs of the heart, if they are not capable of possessing me in their heart. Not too long after he realized she was not the one for him, and asked me to date him again. At the time, I had already resolved that he was not the one for me, yet I took a chance on revisiting the relationship, without too serious notions in my heart, just to see where it would lead us…perchance a lapse of principal to refuse his return…and possibly a nonchalance at play…given I did not feel like dating again…so I figured what the heck, we would see where it could go…but I was not too vested in the outcome due to his indifference in the beginning…as I parted him from my heart.

When a child playing in his yard noticed a lizard dying, it made me question if there were signs being cast before me to contemplate…and not too long after a book on a shelf miraculously appeared before me, and gave me the answer I needed to see…then during the Holiday the TV played the Gospel of Thomas, and I set my research into those texts to land upon reading the exegesis of the soul, and I was utterly convicted to stop and take pause of my choices.

I kept contemplating this path of love to walk and what did it mean…for often I felt if someone crossed my path, I would give them the time of day…to see what was hidden there to exchange…and being a woman, some would get enamored (as would I), and I seeking love, would oblige to date to see if a soulful connection could be made…it was not that I was spreading my legs to everything that came my way, yet I had to ask myself if that was what I had done, by going back and giving him a second chance…for I knew in my heart when he told me he wanted to date her, that I was not the one he chose, and for that I should have closed the door to my heart as well as closed my legs, for casual affairs were never what I truly wanted, and I had allowed myself to get ensnared into those realms…I had to take full accountability.

I’ve truly come to believe that a divine mind in the heart of man will shield him from not only his own demons, but from my own…from playing he and I a fool for love, and most importantly for me to not give everything for love as I wish not to be roundly mocked or find my choices to be utterly contemned. (Song of Solomon Ch 8) (1Timothy 2:14)

The irony in reading about casting of lots, is they parted his raiment and cast lots to see who would get pieces of it….I wonder if forces do this too…when drawn to divinity a piece they will want to garner…yet in the end do they not utterly contemned themselves…if their hearts be not truly seeking the shelter of the divine to be clothed within.

Chances we are all given, for if it were not that way, perchance the path to salvation would never be attainable…so it is not that we should not forgive, we need to be mindful who we give second chances to…and if we care to take a chance on recovering that which is true, we must seek absolution from that, that led us astray, and take on discovering the path to salvation for our chances to have merit in their aims….and too to be mindful of the divine principles on matters of love. For it is not an action to be trespassed as a doctrine to love what thy will, for there are conditions, and without them love is blind and there are no blessings of the divine.

And even though I am mercy driven, I tend to understand, or struggle to understand these things when they happen, yet I also need to be wise, that I am not beguiled (expatao).